In 1898, Theodor Holmen leaves his home in Træna Municipality to begin a journey which took him to Honolulu, Hawaii. Theodor emigrated just like hundred thousands of other Norwegians in the 19th century and he never returned to his childhood home.
Three years after his departure, his little sister Alma is born. Alma grows up in Træna and lives here until her death in 1997. Thus, the two siblings never meet, but in 1925 Alma receives a camera in the mail. sender: Theodor Holmen, Honolulu, Hawaii.
Alma becomes a self-taught photographer, and learns how to develop and make copies of her own phtotographs, all on her own. She documents life on the islands, takes portraits of the people of Træna and sends the photographs to her brother in Hawaii, 10 000 nautical miles away. Their exchange of letters and photographs is a personal documentation of the entire 20th century, portrayed from two islands on opposite sides of the earth.
Their stories include migration, economical change, the wall street crash, the first and second world war and industrialization. When Alma passes away in 1997, the internet has just been made available, and today, 18 years later, we can shoot photographs and send around the globe in an instant. With project Træna-Hawaii we wish to preserve the story and tell the story about Alma and Theodor to a wider audience. We also want to produce a new and updated photography-project conveying all the people from Træna today, in Alma Sandøys spirit.
You can see some of the photos taken by Alma here, and you can read the letters from Theodor (currently only in Norwegian). You can also see all of the re-digitalised photographs on Flickr.
Get updates on the project on www.facebook.com/traenahawaii and become a part of the project by using the hashtag  #trænahawaii  on instagram
Aloha!

All photos and letters are now digitalised! 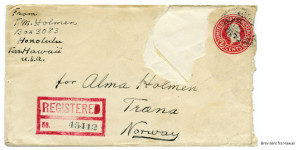 See all the photos and letters by Alma and Theodor in Archive in Nordland’s flickrfolder. More than a thousand of Almas photographs are available here as well as about 100 letters sent from Theodor along his journey from Træna to Hawaii. 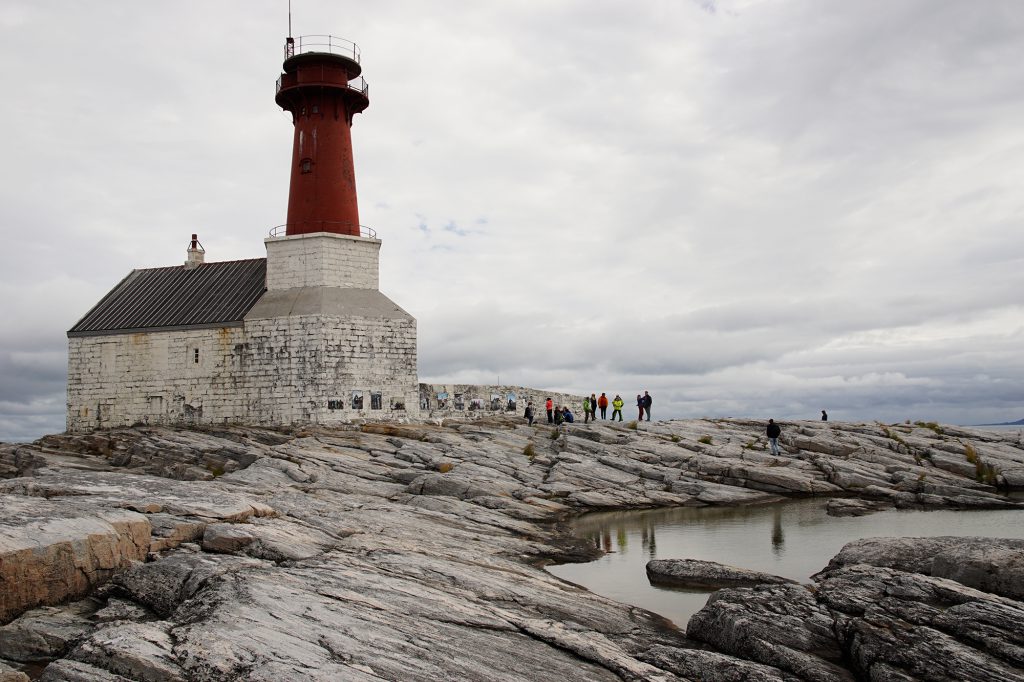 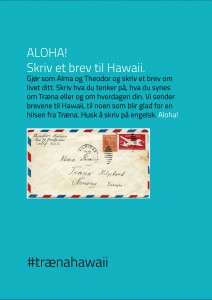 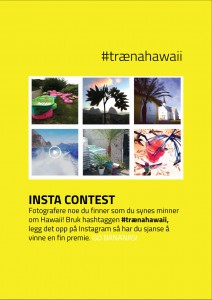 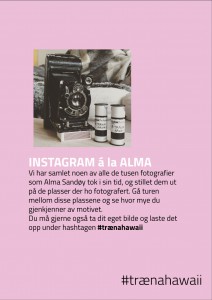 The project group is represented by material-manager Jann Sandøy, photographer Maja Atterstig, Hennele Fors, The archive in Nordland and Moa Bjõrnson, Træna municipality. The project is sponsored by the norwegian culturefond and Fritt Ord is also a part of the development project TENK TRÆNA.
Follow the project here: www.facebook.com/traenahawaii
See all the photos in Nordland archive’s folder dedicated to Alma: www.flickr.com/arkivinordland
Take contact if you wish to contribute to the project.